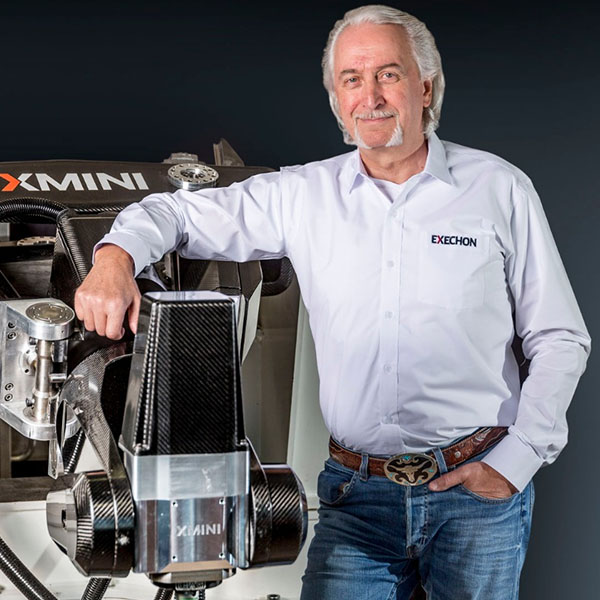 The inventor of the Tricept & Exechon PKM, in 1985, after long years of study, hard work and research; and out of a Swedish home garage, the first Parallel Kinematics Machine (PKM) patent based on three actuators mounted around a stabilizing centre tube was developed by the young German inventor Karl-Erik Neumann and 30 years later the new XMini was born.

Karl achieved and earned many patents for his inventions through the years, naming a few: