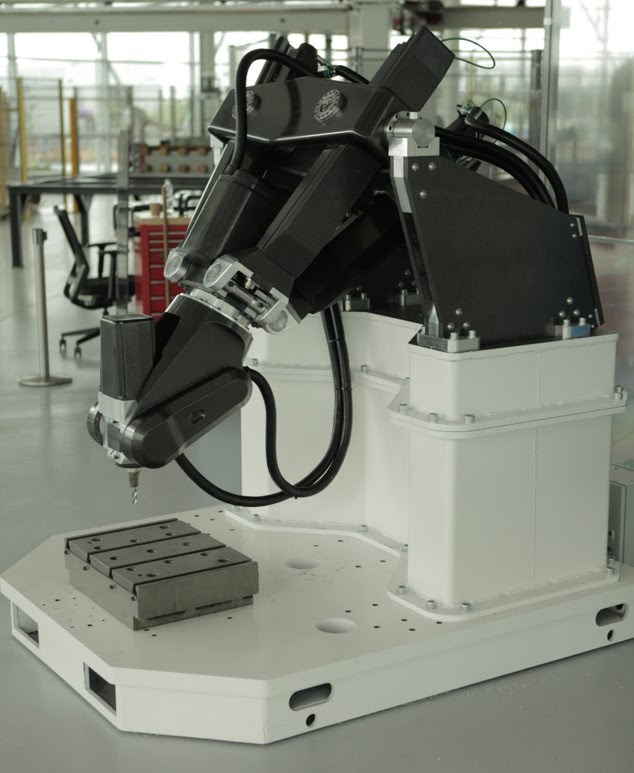 Exechon’s latest innovation, the XMini, is accurate to 30μ, a step-change improvement over existing aerospace robotic solutions, which are limited in stiffness and speed. XMini’s rigid PKM technology maintains accuracy to 3G acceleration, for faster cycle times. Unlike traditional machine tool monuments, the light, carbon fiber XMini can be mounted in any orientation, even upside down, for full 5-axis capability. The modular XMini can be taken apart and reassembled inside spaces traditionally inaccessible to machines or people, such as an aircraft wing box.

The XMini can be found on display in the Ascent Aerospace booth at the Farnborough International Airshow 2018. The demonstration will take place in the US Pavilion, Hall 2, Stand 2180.

Exechon Enterprises (UAE) is paving the way for engineering and manufacturing of parallel kinematic technology in the aerospace, defense and automotive sectors, as well as other industrial areas, representing not only a change in how to produce aircraft, but a paradigm shift in automated aerospace manufacturing.